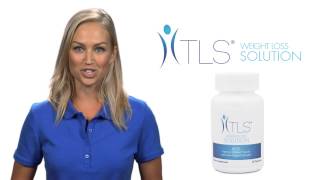 Your job demands a lot of your time. Your family demands just as much, if not more. Trips to the mailbox are greeted by bills. Every day, life is taking its toll on you. Even in seemingly good times, stress is something we cannot escape; not only does it have a harmful effect on us mentally, but it can also wreak havoc on us physically — including on our waistlines.*

When we are faced with stress, our bodies go into "fight or flight" response and certain hormones are released by the adrenal gland, hormones that would give the body a burst of energy and strength. This response used to be beneficial to our ancestors, allowing their bodies to physically fight or run away when faced with danger. But in today’s society, this response acts much differently, taking place as a result of stressful days at the office or traffic jam on your way home. The response is supposed to return to normal once the perceived threat is gone, but if the body is unable to return to normalcy due to increased stress levels, it could have a negative effect upon the body with symptoms including adrenal fatigue, suppressed thyroid function, an imbalance in blood sugar levels, and increased abdominal (adipose) fat.*

One of the hormones released during this “fight or flight” response is cortisol, which increases blood sugar, suppresses the immune system, and aids in fat, protein and carbohydrate metabolism. Under normal circumstances, cortisol helps restore homeostasis after stress. The problem is that constant stress leads to a constant state of cortisol production, which stimulates glucose production. This excess glucose is typically converted into fat, ending up as stored fat. High cortisol levels can also lead to binge eating. Not only do high cortisol levels make you want to keep on snacking, but excess cortisol also contributes to storing more belly fat, which is known to be a bit harder to lose.*

Cortisol levels also have a direct relationship with the thyroid, and they act synergistically with one another. Cortisol assists the thyroid hormone in working more efficiently, and the correct amount of cortisol — not too high or too low — supports normal thyroid function. When cortisol gets too high, triggered by the adrenal glands response to elevated stress, it causes a delayed response to the thyroid hormone receptors. When this occurs, the hormones aren't allowed to work at optimal levels, leaving you feeling sluggish, leading to a higher chance of stress eating, and giving up physical activity.*

When you're battling adrenal fatigue, it is difficult to lose weight for several reasons. Not only are you exhausted and lack the physical energy to exercise the way that you used to, but those suffering with adrenal fatigue also crave high-fat sweets and salty foods, turning to food as a way to comfort them and aid in assisting their exhausted adrenal glands. The combination of being sedentary, having no energy, and eating chips and cookies makes it seemingly impossible to lose weight, but there is hope, and it can be done without worsening your already delicate state of health and without feeling famished.*

TLS ACTS Adrenal, Cortisol, Thyroid & Stress Support Formula, specially formulated with holy basil and ashwagandha, works specifically to promote healthy adrenal gland function, cortisol levels and thyroid function to help control stress levels and minimize weight gain that is associated with increased stress. Unlike the competitors, TLS ACTS doesn't just mask the problem of weight gain — it addresses the root of the problem by helping your body adapt to stress and assisting you with your weight management goals.*

Sensoril® Trim/Ashwagandha root extract: 450 mg
Ashwagandha has antioxidant, anti-anxiety, and sedative properties. It has been proven to act as an adaptogen by helping to inhibit occasional fatigue, boost energy, promote emotional well-being and counteract the negative effects of stress. Preliminary evidence suggests ashwagandha helps to regulate stress-induced levels of dopamine receptors in the corpus striatum of the brain. It also appears to promote normal levels of plasma corticosterone, blood urea nitrogen and blood lactic acid. Acting as an adaptogen, ashwagandha reduces stress placed on adrenals to perform, thereby helping to decrease the possibility of adrenal fatigue. Though the exact mechanisms by which ashwagandha works are unknown, one hypothesis is that it functions by way of GABA-mimetic activity which acts independently of GABA receptors. In addition to its adaptogenic properties, ashwagandha may promote normal regulation of thyroid function. It has been shown to promote healthy serum levels of the thyroid hormones triodothyronine (T3) and thyroxine (T4), both of which are important in promoting normal metabolism.

Holy Basil: 375 mg
Holy basil has adaptogenic and calming activities. Research shows holy basil may help to promote normal plasma corticosterone levels, hepatic and renal functions, help maintain normal blood glucose levels, and inhibit several other stress related issues. Though the exact mechanism of action is not known, it is believed that much of holy basil's effect comes from its high content of eugenol, caryophyllene and triterpenoic acids, such as ursolic and oleanolic acids. Studies have shown eugenol to be effective promoting normal cyclooxygenase 2 (COX 2), an enzyme involved with the inflammatory response.

L-Theanine: 200 mg
L-Theanine is an amino acid found in green tea and some mushrooms. Preliminary evidence suggests that l-theanine might induce subjective feelings of tranquility in healthy people. It is believed that l-theanine may work by promoting normal levels of the neurotransmitters GABA (Gamma Amino Butyric Acid) and dopamine in the central nervous system. GABA is the primary inhibitory neurotransmitter which promotes calming effects at the cellular level. Dopamine aids in the regulation of many functions within the brain in regards to behavior, cognition, sleep, mood, attention and memory, and is often associated with the ‘reward’ or ‘pleasure’ center of the brain.

Passion Flower Extract: 200 mg
Passion flower has sedative and relaxation effects. Some studies have pointed to the flavonoids in passion flower such as apigenin, vitexin, and isovitexin as the primary constituents responsible for its effects. Research suggests apigenin can bind to central benzodiazepine receptors in the brain, possibly causing relaxation and helping regulate mood without impairing memory or motor skills.

Bacopin® (Bacopa monniera Leaf): 150 mg
Bacopa monniera, also referred to as brahmi, has a long history of use in Ayurvedic healthy for memory enhancement, support of learning and mood enhancement. Constituents of bacopa, specifically bacosides A and B have been shown to support learning ability, cognitive performance and improve mood. Bacopa also contains the flavonoids apigenin and luteolin. Research suggests apigenin can bind to central benzodiazepine receptors in the brain, possibly causing relaxation and helping regulate mood without impairing memory or motor skills.

Rhodiola rosea Root Extract: 150 mg
Rhodiola, or roseroot, acts as an antioxidant and adaptogen, promotes relaxation and mental clarity, and helps to improve mood. Research suggests that salidroside, one of over 30 compounds found in rhodiola, is responsible for its stimulating and adaptogenic effects. Within the brain, rhodiola appears to influence the level, activity and transport of monoamine neurotransmitters, such as dopamine, epinephrine and norepinephrine, and serotonin. Rhodiola has been proposed to promote healthy neurotransmitter levels.

Iodine: 150 mcg
The Atlantic kelp derived iodine in this formula has the most important function of promoting normal thyroid function and contributing to the body’s normal production of thyroid hormones. Iodine is absolutely crucial in maintaining optimal thyroid health.

Eleuthero Root (Eleutherococcus senticosus) Extract: 100 mg
Research has shown that eleuthero root, also known as “Siberian ginseng,” has antioxidant, adaptogenic, sedative, as well as many other effects. As an adaptogen it helps in promoting normal regulation of the endocrine system's response to stressors. The active compounds in eleuthero root, eleutherosides, are believed to stimulate the pituitary-adrenocortical system allowing for more efficient regulation of the stress response and healthy levels of cortisol. Other research suggests that it may help to support feelings of well-being, reduce occasional fatigue, and to improve memory and cognitive performance.

How should I take this product?
Take two per day. You may take one pill or both pills at the same time depending on your preference.

What other nutritional supplements could augment the biological effects of this product?
Isotonix® B-Complex and Isotonix® Multivitamin

How does it promote relaxation without making you tired?
The Siberian Ginseng and the Ashwaganadha are natural stimulants. They reduce your stress levels but aren’t formulated to make you drowsy. Ginseng acts similar to caffeine but doesn’t make you jittery and won’t deplete your energy.

What is the relationship between Cortisol and the Thyroid?
Cortisol levels have a direct relationship with the thyroid and they act synergistically with one another. Cortisol assists the thyroid hormone in working more efficiently. The correct amount of cortisol – not too high or too low – supports normal thyroid function. When cortisol gets too high, triggered by the adrenal glands response to unwanted stress, it causes a delayed or absent response from the tissues to the thyroid hormone signal. This absent or delayed response from the tissues causes resistance from the thyroid hormone receptors. When cortisol gets too high, and this resistance occurs, it requires more hormones to create the same effect. That’s why elevated stress, which elevates cortisol levels, leads to a sluggish feeling. The hormones aren’t allowed to work at optimal levels. Every cell in the body has receptors for both cortisol and thyroid and nearly every cellular process requires an optimal functioning thyroid.*

How does TLS® ACTS Adrenal, Cortisol, Thyroid & Stress Support Formula support weight management?
When our bodies experience stress, we switch into "fight or flight" mode – our body’s response to perceived threat or danger. As a result, our bodies prepare to be sustained by building up "energy" (aka, fat) and strength for the battle. This response used to be beneficial to our ancestors, but now this response can be triggered in not so appropriate situations and repetitively. Stress can physically cause us to put on extra weight—and keep it there. Whenever we are under stress, our bodies release certain hormones by the adrenal gland—adrenalin and cortisol. Cortisol being the primary stress hormone. Cortisol is a potent signal to do two things—increase appetite and store fat. Increased cortisol in our body tells our brain that we're hungry, while at the same time telling our fat cells to store and hold onto as much fat as they can. TLS Adrenal, Cortisol, Thyroid and Stress Support Formula is a natural dietary supplement designed to help the body adapt to stress, promoting healthy levels of cortisol while enhancing and stabilizing mood, and supporting thyroid function.

This has helped me to sleep at night due to lowering my level of stress! I definitely notice when I’m out and won’t go without again.

Thank you for taking the time to leave your thoughts on the TLS ACTS Adrenal, Cortisol, Thyroid & Stress Support Formula! We are happy to hear you are pleased with the product.

helps me unwind and sleep better

I have a very busy lifestyle. i feel that TLS ACTS helps me unwind and sleep better.

Thank you for taking the time to leave your thoughts on the TLS® ACTS Adrenal, Cortisol, Thyroid & Stress Support Formula. We are happy to hear you are pleased with the product.

My husband knows when I don't take my ACTS and it's now a joke to tell me to go take two! I find this complex allows me to manage my overwhelming evenings and relax my mind. I take the recommended dose just after lunch.

So good for my stress management!!!

ACTS FOR THE WIN!!

ACTS is so helpful to me when it comes to stress management! LOVE that it supports adrenal and thyroid health and helps keep things in balance for me! I would never skip it and love the results I get when taking it with the Isotonix Activated B-Complex.

Link to this page and tell your friends!